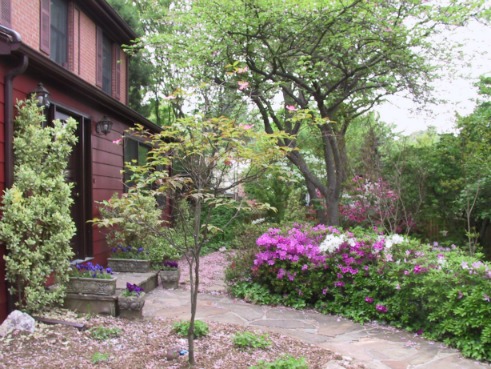 The Maplewood and Alta Vista neighborhoods of Bethesda are made up of many World Bank employees whose families have made these communities home. With a diverse variety of housing options, homebuyers are sure to find a home that suits their needs.

Homes for Sale in Maplewood-Alta Vista

Most homes come from the 1940s and 1950s era, when large homes and lots were common. These fabulous homes average in the high $500,000s. There are also townhomes and condos nearby.

If you enjoy staying active, there are plenty of parks and outdoor spaces close to the neighborhood including the Maplewood Alta Vista Park, North Chevy Chase Park, Fleming Park, a YMCA and the Coumbia Country Club.

Maplewood is the best place to live!

"I love living in Maplewood! It's so great and The Estridge Group was amazing to work with! Thanks!"

Alta Vista is a great community!

"Alta Vista is a wonderful community. It is the place to be!"

This community is so beloved by residents in the greater Washington DC area that it was even featured in a recent Washington Post article:

The neighborhood has continued to grow and change, with new subdivisions added periodically. Most recently, plans called for roughly 30 new houses to be built at Old Georgetown and Alta Vista roads as part of the Bethesda Mews development. 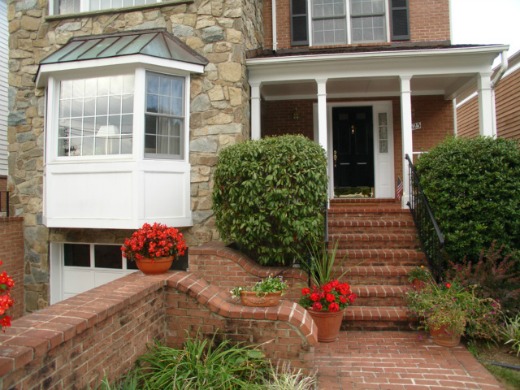 We were even asked to provide information about the community for the Washington Post article. Here's an excerpt:

Nineteen homes have sold in Maplewood-Alta Vista in the past 12 months, at prices ranging from $600,000 for a four-bedroom split-level to $1.5 million for a six-bedroom arts-and-crafts-style house, according to Melinda Estridge of Long & Foster.

"You would be hard pressed to find anything below $600,000," Estridge said. "If you find one, you can count on it being in disrepair or very small."

Check out the rest of the Washington Post article now to discover why people love this community and to see additional quotes from Melinda on Maplewood Alta Vista.

Want to learn more about homes for sale in Maplewood and Alta Vista? Check out available real estate in this Bethesda neighborhood and see why it's such a well-loved community.

Homes for Sale in Maplewood-Alta Vista

In his book, "Bethesda: A Social History," William Offutt calls Alta Vista Bethesda's first "real neighborhood" and dates one of the houses still standing, on the 5500 block of Beech Avenue, to the 1880s, or possibly earlier with an 1880s redo.

One of the house's endearing quirks is that it faces not the street, but the former trolley line that once ran from Washington to Alta Vista. According to Offutt's book, that orientation may not have been unusual. Offutt quotes a 1910 sales brochure for a new Alta Vista subdivision claiming that it was "the only subdivision around Washington which is laid out according to the topography of the land, giving each lot a good building site with a fine view of the surrounding country, the beauties of which are second to none."

By the early 1900s, many Alta Vista residents owned cars, and these early automobiles brought the community a problem, but one different from today's congestion. Cars, Offutt said, proliferated faster than street lighting, and the dark streets and fields of Alta Vista created an opportunity for "spooners" -- couples parking until the wee hours of the morning, to the distress of residents.

In the 1950s and 1960s many of the original older lots were subdivided and the majority of the current houses were built. In the 1970s, the Montgomery County Vocational Trades program built six large houses, one a year, on the east side of Linden Avenue.

Each house was designed and built by the students, with such stringent oversight that, when Bob and Myrna Bernstein made a bid on house No. 5 and brought a home inspector to look it over, he told them that it was "more solidly built than the average tract home." The house, built during the 1980-1981 school year, came with a built-in vacuum system, intercom and "a little motion detector in the front hall." Kitchen amenities included two warming ovens and a trash compactor.

While primarily residential, Maplewood-Alta Vista also includes some educational and nonprofit institutions, such as the Bethesda-Chevy Chase YMCA, a couple of private schools, the American College of Cardiology and the Foundation for Advanced Education in the Sciences. These institutions, especially the Y, are an integral part of many residents' lives.

"We've had many special exceptions to zoning [and] decades of experience working with professional organizations and other institutions to incorporate them while maintaining the residential character of the neighborhood," Ratcliffe said.

The largest and probably the most influential neighbor is the National Institutes of Health, where many of the homeowners work. "Getting along with NIH is important. Many, many people who live here work at NIH, so what's good for NIH is in their interest, too," Ratcliffe said.

Melinda Estridge, a real estate agent with Long & Foster who specializes in the neighborhood, said she hears buyers say they like the community's "proximity to everything -- it's walking distance to NIH, Navy Medical and the subway." The wide range of housing attracts a broad clientele, giving the neighborhood variety in house type and diversity of ages and even language, as many French speakers are attracted by the French school.

A defining characteristic of the community -- both in the past and today -- is the preponderance of children.

The Maplewood and Alta Vista neighborhoods are made up of many World Bank employees whose families have made these communites home. With international flavor and enough housing variety, these communities have a wide range of residents.

Most homes come from the 1940s and 1950s era, when large homes and lots were common.  These fabulous homes average in the high $500,000s. There are also townhomes and condos in the nearby areas. Search Homes Now.

Close by you'll find the picturesque campus of the National Institutes of Health, a Metro station, making the commute to work hassle free, in addition to a YMCA and a neighborhood park.

Come see these communities and find out why so many families choose these areas as their place to settle down.